Glimpse into the new plan and standing up for yourself

Doctors can really mess with your head, can’t they?!

After the 4 weeks without medication as planned by the endocrinologist, I was awaiting a definite answer and a structured plan with meds and return to work set out when he rang me on Saturday. Instead, he happily told me that my thyroid hormones are normal at the moment, so he didn’t want me on any thyroid meds at the moment, and to regularly monitor my levels from now on. Then, after my prompting, he said I could start the medication to increase my blood pressure as dizziness is still a major issue for me. He wanted to leave it at that! In disbelief, I said that I have been fatigued for two years; something has to be done! He said that as my levels were normal, it wasn’t my thyroid causing it. So, as all doctors before him, he hung up having given me no answers and leaving the door open on that frequently mentioned but never answered phrase “something else is going”.

I was absolutely devastated because it felt like I was back to square one.

Thankfully, I was able to see my GP on Monday. After feeling so frustrated by him last time I saw him, he turned everything around this time and I left feeling much more hopeful than on Saturday!
He said that autoimmune disease can cause symptoms even though your hormone levels are in the normal range. This makes sense as the antibodies remain no matter what amount of hormone your thyroid is releasing. I may have to live with these symptoms, or we may be able to look at more drastic treatments down the track if the upcoming new medications don’t help enough. At the moment, I will monitor my blood levels every two months, and medicate when and if necessary to normalise the levels. I have started this week a medication that will hopefully help with my concentration, brain fog, and possibly my energy levels. Then in a few weeks, I will start the medication to increase my blood pressure. These meds can take a few months to take full effect, so the waiting game continues, but hopefully the gradual improvements will start soon. I already take quite a few supplements too that hopefully help given my restricted diet. Then there may be more tests to look for the “something else” to explain the chronic fatigue syndrome. At this point, it doesn’t look possible for my return to work for a few more months.

As a patient, you really do have to keep pushing and pushing. As much as doctors want to help, they have time limits and busy work loads, they’re tired, and they don’t see you in your day to day life. It really is up to you to keep going, and to stand up for yourself and fight to be seen. My advice is to keep all records of results and plans, and keep up to date with all that is going on, and read as much as possible about your conditions and medications. You are the best person to advocate for you! (and supportive family members are good too!)

So the waiting game continues, but now I have some hope that these medications will help to some degree, which after weeks of incorrect medication or none at all, that is something to hold on to. Come on body, let’s do this thing! 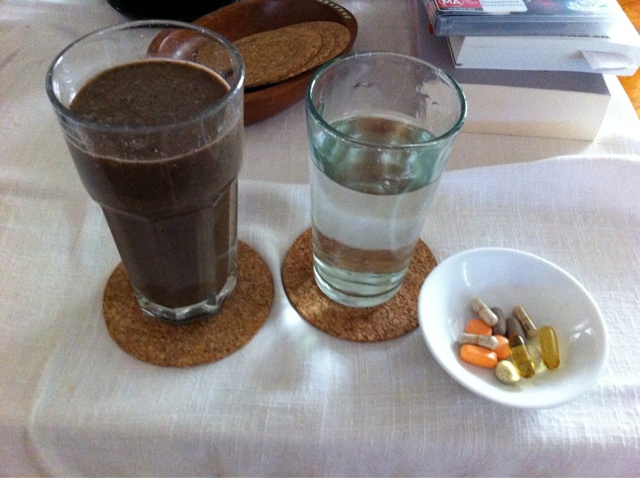