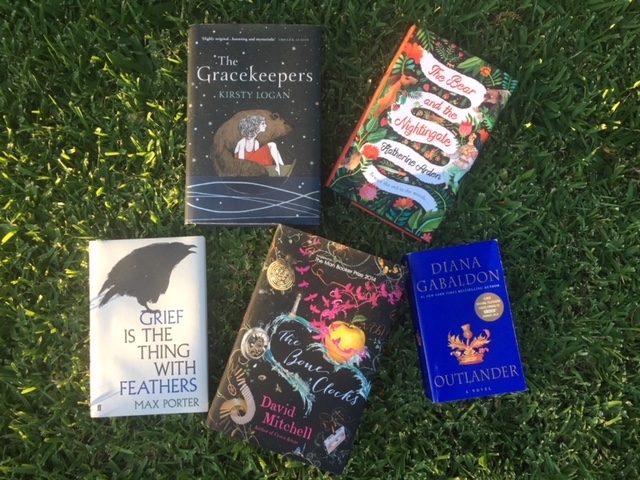 I go through phases of what I call my favourite genre. For a while now it has been magical realism. I love reading it and I enjoy writing it. There is so much atmosphere and intrigue in this unique genre. So today I want to share five of my favourite books to give you gift ideas for people who love the genre, or those who you think will enjoy it.

The Bear and the Nightingale by Katherine Arden 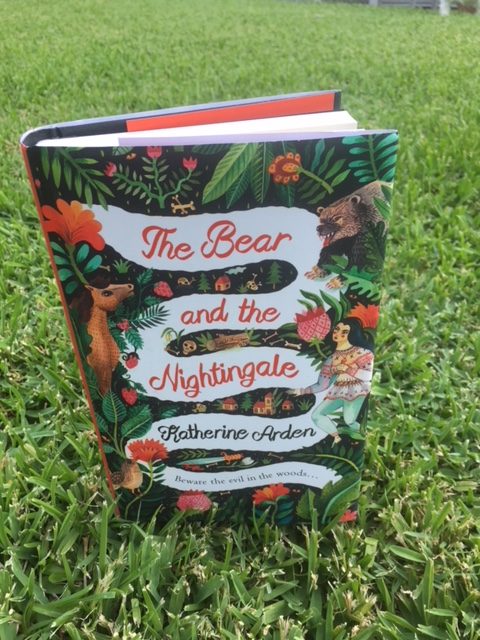 This is a debut book that has recently become very popular. It has a beautiful atmosphere; you can feel the cold of Russia and see the darkness of the forest the characters live near. The characters are so interesting and well developed, and the plot, although slighter slowly to begin with on account of developing the multifaceted characters and setting, is gripping and intriguing. The second book in the series has just been released and I can’t wait to get to it.

Goodreads blurb:
At the edge of the Russian wilderness, winter lasts most of the year and the snowdrifts grow taller than houses. But Vasilisa doesn’t mind—she spends the winter nights huddled around the embers of a fire with her beloved siblings, listening to her nurse’s fairy tales. Above all, she loves the chilling story of Frost, the blue-eyed winter demon, who appears in the frigid night to claim unwary souls. Wise Russians fear him, her nurse says, and honor the spirits of house and yard and forest that protect their homes from evil.

After Vasilisa’s mother dies, her father goes to Moscow and brings home a new wife. Fiercely devout, city-bred, Vasilisa’s new stepmother forbids her family from honoring the household spirits. The family acquiesces, but Vasilisa is frightened, sensing that more hinges upon their rituals than anyone knows.

And indeed, crops begin to fail, evil creatures of the forest creep nearer, and misfortune stalks the village. All the while, Vasilisa’s stepmother grows ever harsher in her determination to groom her rebellious stepdaughter for either marriage or confinement in a convent.

As danger circles, Vasilisa must defy even the people she loves and call on dangerous gifts she has long concealed—this, in order to protect her family from a threat that seems to have stepped from her nurse’s most frightening tales.

Grief is the Thing with Feathers by Max Porter 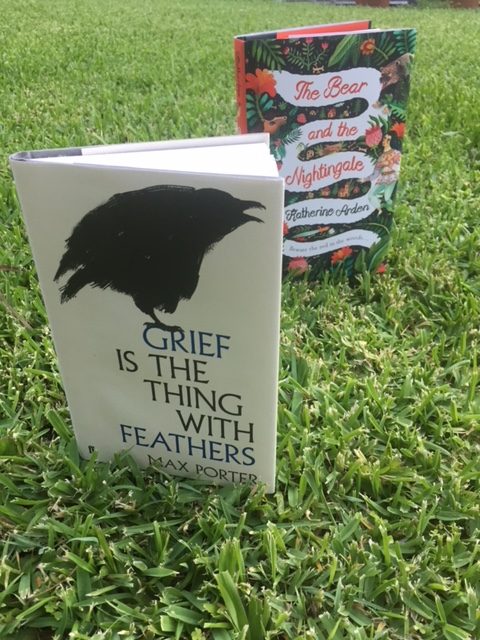 This small book is a stunning mixture of a work of fiction and poetry. It is an examination of grief and loss. Although focusing on a sad subject, it is done with thoughtfulness, touches of humour and beautiful prose. I have done a full review that you can read when you follow this link.

Goodreads blurb:
In a London flat, two young boys face the unbearable sadness of their mother’s sudden death. Their father, a Ted Hughes scholar and scruffy romantic, imagines a future of well-meaning visitors and emptiness.

In this moment of despair they are visited by Crow – antagonist, trickster, healer, babysitter. This self-described sentimental bird is attracted to the grieving family and threatens to stay until they no longer need him. As weeks turn to months and physical pain of loss gives way to memories, this little unit of three begin to heal. 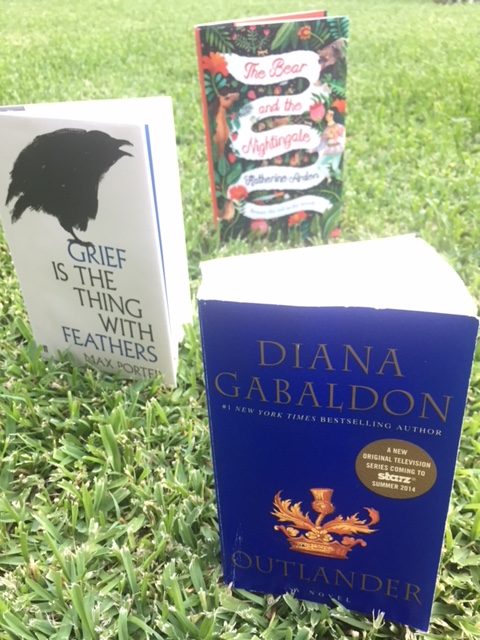 This is an amazing and captivating book. I could not get through it fast enough! The story begins just after WWII with Claire and her husband in Scotland reconnecting after time apart during the war. Claire is then transported back to 1743 where she enters a world so different to her own. There are so many elements to this story – time travel, war, family, European history and love. I am not a fan of romance but that aspect of the book is not your usual soppy love story. There are so many twists and turns within it and I became so attached to the characters. This book is part of a large series and I look forward to working my way through them all! I listened to this one on audiobook, which is delivered so well and really adds to the story.

Goodreads blurb:
The year is 1945. Claire Randall, a former combat nurse, is just back from the war and reunited with her husband on a second honeymoon when she walks through a standing stone in one of the ancient circles that dot the British Isles. Suddenly she is a Sassenach—an “outlander”—in a Scotland torn by war and raiding border clans in the year of Our Lord…1743.

Hurled back in time by forces she cannot understand, Claire is catapulted into the intrigues of lairds and spies that may threaten her life, and shatter her heart. For here James Fraser, a gallant young Scots warrior, shows her a love so absolute that Claire becomes a woman torn between fidelity and desire—and between two vastly different men in two irreconcilable lives.

The Gracekeepers by Kirsty Logan 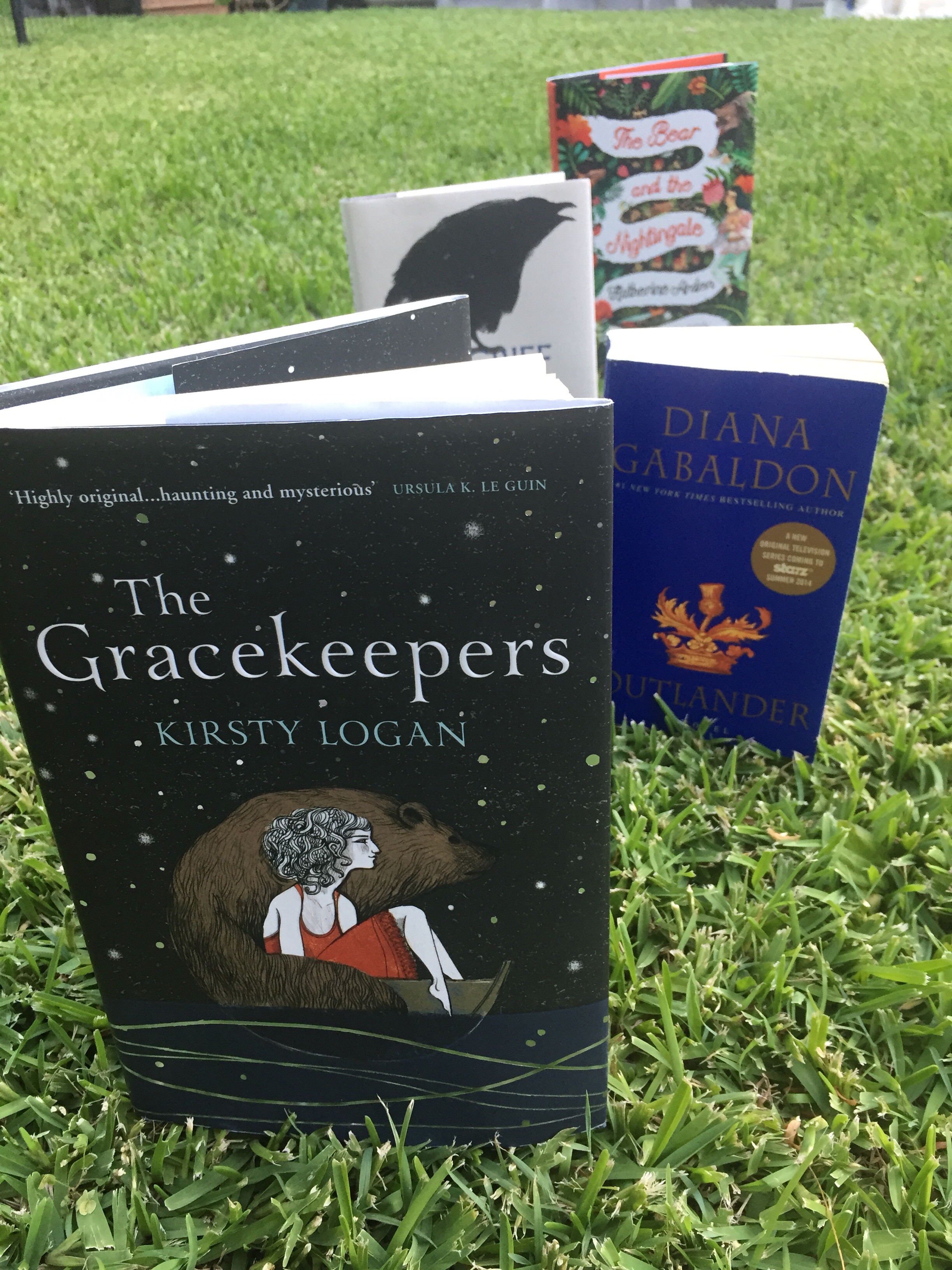 This is such a beautiful book. This story in particular made me love the genre. The plot is such a unique concept and I was entranced by the atmosphere and characters. I particularly like stories that are based on myths and this one does it so well. You can read my full review on this book by following this link.

Goodreads blurb:
As a Gracekeeper, Callanish administers shoreside burials, laying the dead to their final resting place deep in the depths of the ocean. Alone on her island, she has exiled herself to a life of tending watery graves as penance for a long-ago mistake that still haunts her. Meanwhile, North works as a circus performer with the Excalibur, a floating troupe of acrobats, clowns, dancers, and trainers who sail from one archipelago to the next, entertaining in exchange for sustenance.

In a world divided between those inhabiting the mainland (“landlockers”) and those who float on the sea (“damplings”), loneliness has become a way of life for North and Callanish, until a sudden storm offshore brings change to both their lives – offering them a new understanding of the world they live in and the consequences of the past, while restoring hope in an unexpected future.

Inspired in part by Scottish myths and fairytales, The Gracekeepers tells a modern story of an irreparably changed world: one that harbors the same isolation and sadness, but also joys and marvels of our own age.

The Bone Clocks by David Mitchell

This is one of the most cleverly written books I have read. It could also be classed as fantasy and science fiction but I have decided that it still fits into this list. There are so many layers to it. It spans decades, is set in multiple countries, and involves many different characters and subplots. I have a more detailed review that you can read by following this link.

The Goodreads blurb:
Following a scalding row with her mother, fifteen-year-old Holly Sykes slams the door on her old life. But Holly is no typical teenage runaway: a sensitive child once contacted by voices she knew only as “the radio people,” Holly is a lightning rod for psychic phenomena. Now, as she wanders deeper into the English countryside, visions and coincidences reorder her reality until they assume the aura of a nightmare brought to life.

For Holly has caught the attention of a cabal of dangerous mystics—and their enemies. But her lost weekend is merely the prelude to a shocking disappearance that leaves her family irrevocably scarred. This unsolved mystery will echo through every decade of Holly’s life, affecting all the people Holly loves—even the ones who are not yet born.

A Cambridge scholarship boy grooming himself for wealth and influence, a conflicted father who feels alive only while reporting from occupied Iraq, a middle-aged writer mourning his exile from the bestseller list—all have a part to play in this surreal, invisible war on the margins of our world. From the medieval Swiss Alps to the nineteenth-century Australian bush, from a hotel in Shanghai to a Manhattan townhouse in the near future, their stories come together in moments of everyday grace and extraordinary wonder.

I absolutely recommend magical realism. It is so atmospheric and intriguing, and the writing can be so lyrical and beautiful. Have you tried the genre or do you think you’ll pick up one of these books? Let me know! I can’t wait to discover more amazing books and I would love to hear your recommendations. I hope that these ideas help you to find a great book for someone you know (yourself included!). 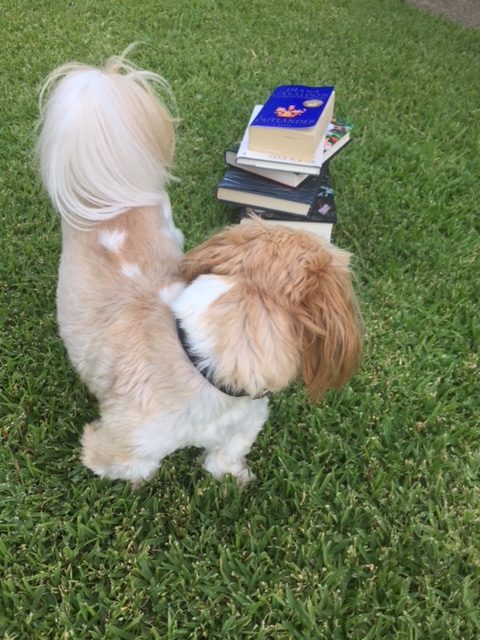