The Autoimmune Protocol (AIP) is a diet which focuses on foods that have been shown to either cause or worsen autoimmune conditions. I have written about what I have learned about AIP, recipe ideas, and my experiences in these posts:

I started the Autoimmune Protocol on August 15th, 2014. After three months, I brought back into my diet seeds, nuts, and spices. I still avoid nightshades, grains, beans, legumes and additives, as well as dairy, eggs, gluten and high FODMAP foods due to food intolerances and Fructose Malabsorption.

When I added back seeds, nuts and spices, I did not notice too much difference symptom-wise. I was still feeling like I wanted to be strict and try my hardest with this diet, but I also was aware of how difficult family meal preparation was, and thought spices at least would help. Also, nuts and seeds are useful in egg and gluten free baking, and provide important nutrients, so I was keen to try to introduce them. I do not have large amounts, but they are good to include. 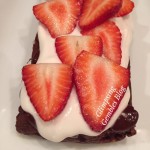 In December, I was starting to think that I was not seeing major improvements with this diet. I constantly have one symptom or another, so it was difficult to see that the diet was having a positive effect. I was just starting to think that I would loosen up and include some of the foods again (especially with Christmas coming!) – why avoid nutritious foods if I was not having success? Then I coincidently had a blood test done in December for my thyroid levels.

Since then though, I have had an occasional meal of hot potato chips or rice noodles, I often eat almond meal, maple syrup has crept in, becoming an almost daily treat, and sugar sneaks in at times too. It all started as a rare treat, out of convenience, or as an experiment, and helps keep my spirits up (everyone needs treats from time to time!).

On 20/08/2015, I had bloods done again. My antibodies are now 4200U/mL – the highest recorded yet. The benefits of the diet now seem pretty clear, don’t you think?! To add to this, over the past few months, my fatigue has been worse, my body pain and headaches have been bad, and my gastrointestinal symptoms have become increasingly troublesome, on top of the normal daily symptoms I live with. It is always hard for me to know what symptom is influenced by food, but at least the blood tests give a fairly clear indication (though of course, these results could be due to a different reason too, aside from food). 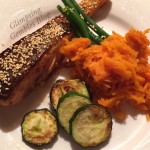 So, as of today, I am going back to being strict with the AIP. I am writing here so you are all my witnesses, though I do find, once I have firm reasoning behind why I should do something for my health, I am good at sticking to it. The main problem I foresee is that when you feel unwell day in day out, sometimes it is easy to think “ah well, what the heck – I feel sick 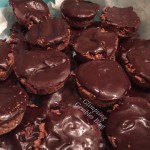 anyway, I want chocolate, I am going to eat chocolate!” I feel I have reached a point where the blood results and the symptoms are pointing towards needing action though. I also have decided to begin some gentle exercise soon with an exercise physiologist, which I will blog about soon, so I feel that focusing on my diet as well will make for an important combination.

My plan is to initially keep spices, nuts and seeds in my diet, but to not have them daily. I will cut refined sugar out completely, and have small amounts of maple syrup only occasionally. I will stop eating rice and potato (except maybe a very, very occasional hot chip treat if I am at the beach!). I will see how these adjustments go in terms of the AIP. I also am going to avoid fatty meat. I have always LOVED fat, and it is a real weakness for me, but these days, it, along with a lot of foods, makes me nauseous. I am also going to reduce my meal sizes, particularly meat, and eat more regularly instead. This is to help my symptoms from Postural Orthostatic Tachycardia Syndrome.

It is indeed an interesting process, and shows how foods really can make such a difference to health. I definitely recommend people with autoimmune diseases investigate the AIP, and decide if it is right for you. Read up about it as much as possible first, and make an educated decision (talk to your doctor too). It is definitely restrictive, but the results, shown through physical symptoms or through blood results, may just speak for themselves, and justify this diet for you. 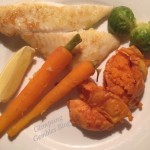